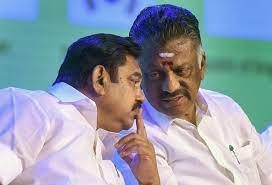 Chennai: The principal opposition AIADMK will stage a State-wide protest demonstration on Tuesday against the ruling DMK’s decision to hike the property tax in the State.

The release said senior party leaders, former Ministers and MPs will lead the agitation in their respective districts.

A couple of days ago, the DMK government announced hike in property tax in line with the guidelines issued by the 15th Central Finance Commission ‘to ensure that the State gets its due share of Central funds for various schemes’.

The government had decided to increase the property tax in all Municipal Corporations, Municipalities and Town Panchayats under the Tamilnadu District Municipalities Act, 1920.

While the hikes will come into effect immediately in Municipality and Town Panchayat limits, in Corporations, including Chennai, it would take effect once the proposals are adopted by the respective councils.