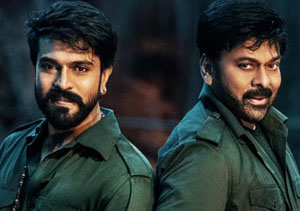 Chiranjeevi’s much-anticipated movie Acharya is set for a worldwide theatrical release on April 29 as it has completed its censor formalities, the makers announced.

Acharya has received a U/A certificate, as it gears up for a release.

To announce the news, the creators have released an eye-catching poster featuring Chiranjeevi. Witness the ‘U’ltimate ‘A’ction in cinemas from APRIL 29, the makers wrote on their social media profiles, earlier on Friday.

Chiranjeevi, Ram Charan, Kajal Aggarwal, and Pooja Hedge star in the film, which is directed by Siva Koratala.

The biggie’s pre-release event, produced by Konidela Production Company in collaboration with Matinee Entertainment, is set to take place on Saturday in Hyderabad.