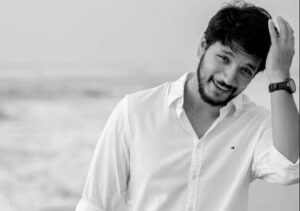 Gautham Karthik and Sarath Kumar will be joining hands for an action crime-thriller movie.

Big Print Pictures I B Karthikeyan joins hands with Tripura Creations Muralikrishna Vankayalapati, a realtor in Karnataka, Andhra Pradesh & Telangana, who has also financed many hyper movies in the Telugu industry for the venture.

The film is directed by Dakshina Moorthy Ramar. Cinematography will be by Aravinnd Singh and Sam CS is composing the music.

Dakshina Moorthy Ramar, says, ‘This is a dream come true moment for me to be working with the dedicated actors like Gautham Karthik and Sarath Kumar.

The sheer excellence and pure passion for their passion have been their inherent qualities.

I am confident that the cinema halls will be spangled with Goosebumps moments for their combination scenes. I have to admit the fact that I grew up admiring Sarath sir on the screens, and I never thought, I would get an opportunity to work with him. Even when I wrote the particular character, I had Sarath in mind, but wasn’t sure, if he would accept to be a part of my movie.

To my surprise, he gave a nod after the first meeting of narration itself.’

Shedding more light on Sarath Kumar’s role, he says, ‘He will be playing a cop in Madurai backdrop, and his dialogue slang, and native influence will be totally different from his urban cop factors.’