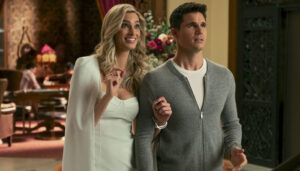 Amazon Studios on Thursday announced that it has renewed the fan favourite sci-fi comedy series Upload, from Emmy Award-winning writer Greg Daniels, for a third season.

Daniels is best known for his work on hit shows such as The Office and ‘Parks and Recreation.

The second season of Upload premiered March 11, this year.

‘Upload’ is a sci-fi comedy series set in a technologically advanced future where hologram phones, 3D food printers, and automated grocery stores are the norm. Most uniquely, humans can choose to be uploaded into a virtual afterlife.

‘Upload has become a bonafide hit that continues to be one of the most watched comedy originals on Prime Video,’ said Vernon Sanders, head of global television, Amazon Studios.