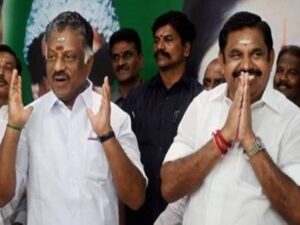 Amidst leadership row in the party, AIADMK coordinator O Panneerselvam has demanded the postponement of the party’s general council meeting, scheduled to be held in Chennai on Thursday.

Several district secretaries, headquarters’ functionaries and members of the general council and the executive had complained that they had not received the agenda note for the proposed deliberations.

Meanwhile, the AIADMK has filed a petition with the Madras High Court seeking police protection for its General Council meeting to be held on 23 June at Vanagaram.

Justice N Sathish Kumar has consented to hear the matter on Wednesday, a day before the scheduled meet.

AIADMK’s Tiruvallur Central district secretary and former Minister P Benjamin filed a petition seeking direction to the State Police to give protection for his party meeting.