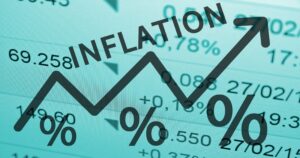 South Korea’s headline inflation is expected to hit a 14-year high this year on growing inflationary pressures both from the demand and the supply sides, a central bank report said Tuesday.

The Bank of Korea (BOK) said in the report on situations to meet its inflation target that there was a possibility for this year’s consumer price inflation to top 4.7 percent tallied in 2008 when consumer prices surged.

The BOK noted that the inflation was forecast to surpass the May outlook when considering the changed conditions such as higher global price for crude oil.