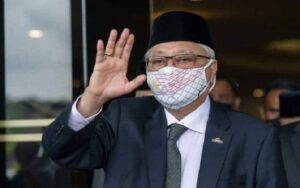 Among these is an increase in cash aid for lower-income households, in view of the removal of certain subsidies and ceiling prices including for bottled cooking oil, he said in a televised speech, Xinhua news agency reported.

He also said 8.6 million people will be targeted for cash aid to cope with the rising cost of living, amounting to 1.74 billion ringgit which will be paid out starting June 27.