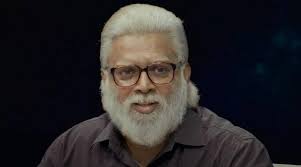 Actor Madhavan, besides playing the lead role in the Pan-Indian movie Rocketry, has directed the movie as well.
It is a movie based on the real incidents in the life of ISRO rocket scientist Nambi Narayana.
With the movie hitting worldwide on July 1, Madhavan said, ‘ After the completion of Vikram Vedha, my friend suggested me to make a movie based on real incidents that happened in the life of an ISRO scientist, who was falsely accused of revealing the national secret to the Pakistan army. He was tortured in prison almost to death, but he came out and proved his innocence. Initially, I was excited about this idea as it gave me an impression of a James Bond-styled flick. Brimming with my assumptions, I met Nambi Narayanan, which changed my dimension of life. To be precise, I would categorize my life as Madhavan before and after meeting Nambi Narayanan. I had known that he is one of the intelligent minds of India, but when I met him, I could see an adorable aura in him.’ ‘I wanted the Nation and world to know about the unheard epic life of people like Nambi Narayanan. It was disappointing to realse that many of us didn’t know that he was a Tamilian born in Nagercoil, and his contribution to the progress of the country was so immense but remained obscure to the public glare. So this is the reason behind my decision to make Rocketry’.
Madhavan said superstars Shah Rukh Khan and Suriya didn’t charge any fee for their guest appearance in Rocketry.
On the occasion, Madhavan screened a few pictures and footage of his physical transformation for the role of Nambi Narayanan.
Apart from writing and directing Rocketry, Madhavan has produced this movie along with Sarita Madhavan, Varghese Moolan, and Vijay Moolan. Sam CS has composed the background score, Sirsha Ray has handled the cinematography and Bijith Bala has taken care of the editing.

Tags:Madhavan playing the lead role in the Pan-Indian movie