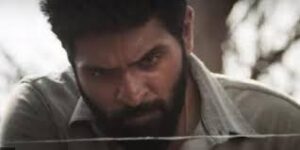 Taking to Twitter, Karthi said, Here’s a film to look forward to guys. Happy to present to you all the edgy teaser of ‘Paayum Oli Nee Yenakku’!

The film has not only been written and directed by Karrthik Adwait, but has also been produced by him.

Shot by cinematographer Sridhar, the film has music by Sagar and editing by Kotagiri Venkateswara Rao.