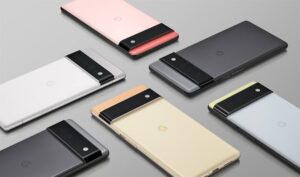 The Google Camera app for Pixel devices has started to roll out a new version 8.5. In its most recent ‘APK Insight’ report, Google has discovered some information regarding the Google Pixel 7.

According to GSM Arena, the Google Pixel 7 and 7 Pro will both employ new front-facing camera sensors that can shoot 4K video. The camera tags contained in the APK’s code ‘p21 front setup,’ which were previously exclusively marked on the Pixel 6 Pro, serve as a sign of this.