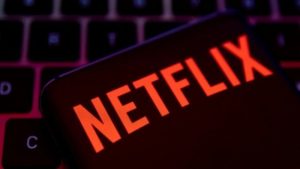 New York : Streaming giant Netflix added 1.1 million (11 lakh) paid subscribes in the Asia-Pacific region in the second quarter (Q2) this year. The Average Revenue per Membership (ARM) was -2 per cent (year-over-year), due to the impact from “our price decrease in India last December as well as plan mix,” Netflix told shareholders after declaring Q2 results. Netflix in December announced new and reduced prices in India, with the mobile-only plan starting at Rs 149 per month. So we have seen a nice uptick in engagement in India. We are definitely taking it in the right direction,” Netflix co-CEO Ted Sarandos had said. In APAC in Q2, Netflix’s revenue grew 23 per cent year over year. “At over $900 million of revenue, APAC is approaching the size of our LATAM business. We added 1.1 million paid memberships in the region (vs 1 million in last Q2),” the company informed.