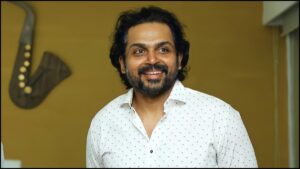 Actor Karthi who is playing Vandhiya Devan in the Manirathnam’ s magnum opus, Ponniyin Selvan 1, presented by Lyca Productions, has performed all the stunts himself without using dupes both in the war sequences as well as in the other stunt sequences. Interestingly, he undergone special training to perform all those breathtaking stunts, all by himself! Manirathnam has adapted Kalki Krishnamurthi’ s celebrated, award winning novel for the big screen on a lavish scale! This venture has been experimented at a time when a Digital Revolution is on. Even those belonging to the contemporary generation are patronizing this novel expressing their eagerness to see it on celluloid! Made at a breathtaking budget of about 800 crores, the film is hitting the screens on September 30th 2022 in Tamil, Telugu, Kannada, Malayalam and Hindi. The film’s Teaser has already set a record of over 1 crore views within a short span of time! The extraordinary efforts of the team are getting circulated presently. One of that is the exemplary efforts of Actor Karthi who walked that extra mile to learn horse riding, sword fighting and handling of bow and arrow after undergoing special training for each type of activity. It is worth noting that Karthi’ s other projects include Viruman and Sardar.

Tags:Karthi performs stunts all himself in PS1