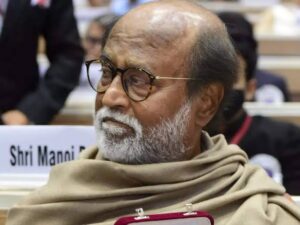 Actor Rajinikanth today left to national capital by flight with regard to shooting for his next film.
Rajinikanth will be playing the lead in a movie titled Jailer to be directed by Nelson. Bankrolled by Sun Pictures, the movie has music by Anirudh.
Sources say Rajinikanth has reportedly reached Delhi with regard to pre-production works involving the project.
His last film was Annaathae helmed by Siruthai Siva. It garnered mixed reviews and fared average at the BO.