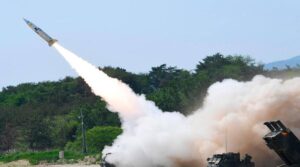 The United States and South Korea will begin their biggest combined military training in years next week in the face of an increasingly aggressive North Korea, which has been ramping up weapons tests and threats of nuclear conflict against Seoul and Washington, the South Korean military said Tuesday.The allies’ summertime drills, named Ulchi Freedom Shield, will take place from Aug. 22 to Sept. 1 in South Korea and include field exercises involving aircraft, warships, tanks and potentially tens of thousands of troops.The drills underscore Washington and Seoul’s commitment to restore large-scale training after they canceled some of their regular drills and downsized others to computer simulations in recent years to create space for diplomacy with North Korea and because of COVID-19 concerns.

The U.S. Department of Defense also said the U.S., South Korean and Japanese navies took part in missile warning and ballistic missile search and tracking exercises off the coast of Hawaii from Aug. 8 to 14, which it said were aimed at furthering three-way cooperation in the face of North Korean challenges.While the United States and South Korea describe their exercises as defensive, Ulchi Freedom Shield will almost surely draw an angry reaction from North Korea, which describes all allied training as invasion rehearsals and has used them to justify its nuclear weapons and missiles development.China, North Korea’s main ally, expressed concern over the expansion of U.S. military exercises with its Asian allies, saying they could worsen tensions with the North. Chinese Foreign Ministry spokesperson Wang Wenbin didn’t offer a specific answer when asked whether Beijing believes the trilateral drills in Hawaii were in some way directed at China.