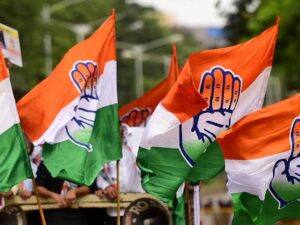 The Congress on Friday said the contents of Ghulam Nabi Azad’s resignation letter were “not factual” and its timing was “awful”, while asserting that it was most unfortunate that it came at a time when the entire party organisation was engaged in combating the BJP on key issues like price rise and polarisation. Congress sources said Azad’s observations in the letter were more of a “personal vilification” targeting Rahul Gandhi. Addressing a press conference on Azad’s resignation, Congress general secretary in-charge communications Jairam Ramesh said, “It is most unfortunate, most regrettable that this has happened, when the Congress President Sonia Gandhi, Rahul Gandhi and the entire Congress Party organization, across the country is engaged in confronting, combating, fighting the BJP on issues of ‘mehangai (price rise)’, unemployment and polarization.” The entire Congress organisation in the last couple of weeks has been involved in preparing for the ‘Mehangai Par Halla Bol rally’ at Ramlila Maidan on September 4, which will be addressed by Rahul Gandhi, Ramesh said. He said 22 press conferences have been scheduled across the country on the 29th of this month and the Bharat Jodo Yatra launch will take place on September 7 from Kanyakumari. Finalization of that launch is also under way and 32 press conferences have been scheduled across the country to project the message of the Bharat Jodo Yatra, he pointed out.