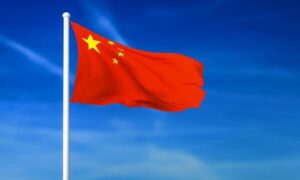 Madrid : China is carrying out illegal, transnational policing operations across five continents, targeting overseas critics of the Chinese Communist Party (CCP) with harassment, threats against their families back home and “persuasion” techniques to get them to go back, according to a recent report.Chinese police are currently running at least 54 “overseas police service centers” in foreign countries, some of which work with law enforcement back home to run operations on foreign soil, the report from Safeguard Defenders said, RFA reported.Initially started as a pilot scheme by police in Qingtian county, Zhejiang province, in 2019, the overseas stations were ostensibly set up to help Chinese nationals overseas with administrative tasks, the report said.”But they also serve a far more sinister and wholly illegal purpose. Some official anecdotes of official operations explicitly cite the active involvement of Hometown Associations on the ground in tracking and pursuing targets indicated by [police or public prosecutors in China],” the report said.Hometown Associations are community based groups of people from the same town in China, and are connected to the hierarchy of the CCP’s United Front Work Department, which runs outreach and influence operations both in China and overseas, RFA reported.One of the key operations the service centers are involved in is the “persuasion to return” process, in which pressure is brought to bear on activists overseas using threats and retaliation against their loved ones back in China.”In the mere 15 months between April 2021 and July 2022 alone, a staggering 230,000 Chinese nationals were returned to face potential criminal charges in China through these methods, which often include threats and harassment to family members back home or directly to the target abroad either through online or physical means,” Safeguard Defenders said.