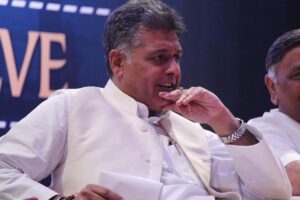 Former Union Minister Manish Tewari is also preparing to contest the Congress presidential poll, sources close to him revealed that he was in his constituency to meet the state party delegates who are the voters in the election.Every candidate requires 10 Pradesh Congress committee delegates to propose his/her name for the candidature.Tewari is one of the vocal critics of the Congress leadership and has demanded reforms in the party. However, there are now chances that there could be a multi-cornered contest if Tewari throws in the hat.The Congress’ central election authority on Thursday issued notification for the Congress president polls.According to the notification, while the nomination forms will be available from Thursday, the filing of nominations will be held between September 24 and 30.