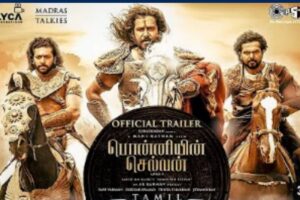 After the rave reception and record collection on the day 1 of Ponniyin Selvan-1 or PS-1, Karthi thanked the film crew and his fans for making the movie a success.Karthi, who played Valavarayan Vanthiyathevan in the film, in his note, at first paid respects to writer Kalki who authored the novel.He let out a special thanks to every technician from director Mani Ratnam to the ‘foot soldiers’ in the technical crew. Also he extended his gratitude to art director Thota Tharani, writer Jeyamohan, music director AR Rahman for solidifying the movie through their respective departments.