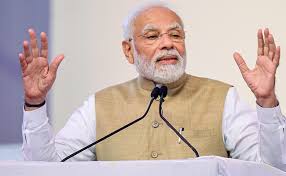 Further cementing his stature as an international leader, Prime Minister Narendra Modi has once again topped the list of top global leaders with an approval rating of 77 per cent. PM Modi is followed by Australian Prime Minister Anthony Albanese with 56% and US President Joe Biden (41%) at the second and the third spot respectively.

The list was shared by the BJP on its official Twitter handle which read: “Yet again PM Shri @narendramodi tops the global podium. Approval ratings of PM Modi are the highest among all major world leaders. PM Narendra Modi tops list of most popular global leaders with 77% approval ratings.”