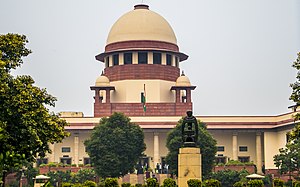 The Supreme Court on Friday set aside the Kerala High Court’s orders granting anticipatory bail to former police and intelligence bureau officers in the case connected with the framing of scientist Nambi Narayanan in the 1994 ISRO espionage case.
A bench headed by Justice M.R. Shah, said that “all the appeals are allowed, the impugned judgments are hereby quashed and set aside”.
It further said that all the anticipatory bail applications are remitted to the high court to decide it afresh in accordance with law and in the light of the observations made in the judgment.
The bench said that it has not observed anything on the merits of the case and it is for the high court to pass the order.