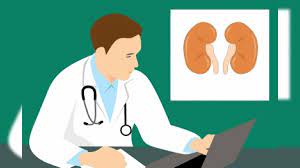 Every one-year increase in retinal age has now been linked with a 10 per cent higher risk of incident kidney failure over 11 years of follow-up, a UK study involving 35,864 residents has revealed.The one-year increase in retinal age was assessed by retinal microvasculature changes, according to the study published in the Peer-reviewed American Journal of Kidney Diseases (AJKD).”There is a pressing need to identify early predictive biomarkers of kidney failure, given its associated substantial morbidity and mortality. Ageing biomarkers have been associated with kidney failure but their clinical application has been challenging,” the researchers reported.The incidence of end stage kidney disease (ESKD) is known to increase with age.”We have previously developed and validated retinal age based on fundus images used as a biomarker of ageing. However, the association of retinal age with ESKD is not clear. We investigated the association of the difference between retinal age and chronological age, the retinal age gap, and the future risk of ESKD,” said researchers.In the study, retinal age gap (retina-predicted age minus chronological age), a clinically validated and artificial intelligence powered ageing biomarker based on retinal imaging, was associated with the future risk of kidney failure among UK residents.