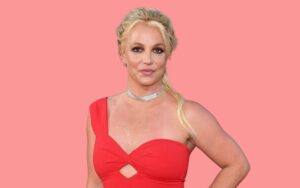 Pop icon Britney Spears has left social media platform Instagram as she has decided that enough is enough, for now at least, and has deactivated her page shortly after sharing a number of gushing statements regarding family members.The ‘Baby One More Time’ singer confused her millions of fans earlier in the week with her public declaration of love for sister Jamie Lynn Spears, not long after labelling her “scum”, reports ‘The Mirror’.The very public falling out in the summer came after the younger Spears released her memoir titled ‘Things I Should Have Said’. Following its release, Brit branded her sister a “f***ing liar” but the pair appear to have patched up their differences, if the now unavailable post is to be believed.In it, which was posted on Britney’s birthday, the star wrote: “You’re my heart so I’m thinking about you … congratulations on being so brave, inspiring, and showing guts and glory in your show (sic).”‘The Mirror’ further states that Britney then appeared to reply to Jamie Lynn’s quote about wanting to feel ‘worthy’ while ‘proving herself’ on the gruelling show, which will premiere on January 4, 2023.