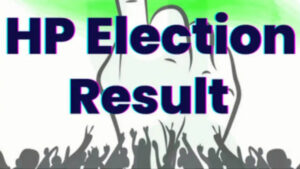 The Congress party, which has crossed the halfway mark in Himachal Pradesh by taking a big a lead over the incumbent BJP on Thursday, has decided to shift all its newly-elected party legislators to Jaipur fearing “poaching” attempts by the ruling party. According to Congress sources, the main opposition party has already deputed Rajiv Shukla and other central leaders to ensure the safety of the party’s newly-elected legislators. According to initial trends, the Congress party is leading on 38 seats after initial rounds of counting in the hill state. Congress general secretary Priyanka Gandhi Vadra has also reached her farm house near Shimla where she is expected to meet the state party leaders to discuss the current political situation.
It crossed the halfway mark and was leading in 38 seats at around 11.45 AM. The ruling BJP was leading in 27 seats, while the Independents were leading in three constituencies.