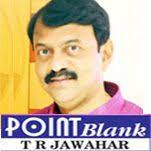 Post J & K, Tamilnadu is now a fertile ground and the person capable of and in a position to reap the highest harvest is Stalin who formally took over as DMK chief a couple of days back.

The best indication of Stalin’s superiority is the smooth transition of DMK leadership. Of course, Stalin was already the de facto leader as his father has been ailing and inactive for long. Stalin’s elevation to the top slot held by his father for close to 50 years, makes his party, DMK, the only one with an undisputed leader and a very loyal cadre base.

For the first time, Tamilnadu’s bipolar politics, which was essentially a fight between AIADMK and DMK for over 40 years, is now swarming with an assortment of old losers and silver screen wannabes. Ah! Yes, there is the BJP and Congress – the two great national parties virtually non-existent in this political island called TN.

Even the critics of DMK would have to admit that the party not only has a loyal vote bank but also a strong cadre which had full faith in the ‘Thalaivars’. K was able to keep his flock intact for 13 years of exile and was coronated with a thumping majority of over 180 seats in 1989 after MGR’s death. AIADMK, on the contrary, split into two, J and Ja, with both being routed, making MGR turn in his grave for the plight of his party wrought by the two women in his life.

After that whenever J was in power, in the see-saw poll verdicts for 25 years, there was no erosion in DMK’s base. Though bipolar, some individually irrelevant parties made a difference as allies to both the antagonists.

Contrast this with AIADMK. After MGR’s death, the two ladies took a leaf apiece, making AIADMK itself bipolar. Post Jaya’s death, AIADMK is now multi-polar. We now have a rump of a government which itself has two non-entities – EPS and OPS – fighting it out in the Secretariat. Nothing can logically explain the ascension of these two faceless characters as CMs. But then TN faced the chilling prospect of a demonic UPS (Udan Pirava Sahodari) as CM which makes EPS and OPS just minor eyesores.

And then there is TTV, who bought his way through R K Nagar election, all set to fish in the present government’s very fishy waters. As elections draw close and EPS, OPS rift widens, we can expect birds of same feather flocking together this time under TTV armed with his bottomless money pot. By the way, there is another bird called Divakaran, trying to play spoilsport to TTV. In all, MGR’s AIADMK is virtually gone.

This takes us to cinema, TN’s genetic obsession, readying to cash in on this destructive fad. Relying on fan club politics are Rajini and Kamal. Rajini is yet to form his party but has already started disciplinary proceedings in his ‘party’ and against members. Of course, in true Rajini style, we can expect his party to flower when the signal comes from the heavens, which even the Gods residing there don’t know when.

Kamal has launched his but no one knows whether it is a party or an NGO or whatever. His intentions, inclinations and plans are as vague as everything about Kamal is.

It is in this context that an organised DMK under a stable leadership and clarity of purpose – whether one agrees with it or not – stands the best chance, an opportunity that it missed in 2016 thanks to the albatross around its neck – the Congress.

Stalin knows TN like the back of his hand, having travelled every nook and cranny. His statements are crisp, to the point and sans the vitriol that normally fuels Dravidian politics. He has united the family under him and even granted a boon to believers that they are no longer untouchables. In pious TN, for the DMK with its atheistic bias, this would turn out to be a profitable prospect. The question now is will Stalin, with such a huge head start, make it to the winning post?