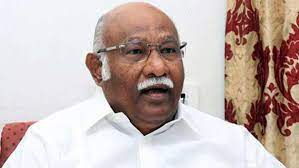 A release here said Raja was removed from all his posts, including the primary membership and from the position of party’s minorities wing secretary.

Terming it a disciplinary action, it said he acted against party principles, aired views against the party’s leadership’s decisions and brought disrepute to the party.

At a recent party meeting, Anwar Raja reportedly spoke in support of expelled leader VK Sasikala. In an interview too, he said AIADMK leaders should join forces with her and work together.

‘Sasikala and AIADMK leaders should join together, staying separate is not good,’ he had said.