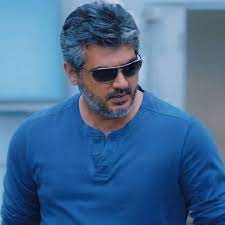 Actor Ajith Kumar has asked fans to drop the prefix Thala from his name – he will answer to Ajith, Ajith Kumar and AK. It is common for South actors to be referred to in this manner – with a description of the actor’s stardom attached to their name.

Ajith’s character in 2001 film Dheena was called Thala Dheena and the prefix stuck; since then, fans have called him Thala Ajith and are prone to extreme annoyance if anyone should refer to him as plain old Ajith.

Many say Ajith has chosen to drop Thala prefix from his name to avoid needless arguements over actors and titles in social media.

Ajith’s Valimai, directed by H Vinoth and produced by Boney Kapoor is due for release next month.

Meanwhile, a promo video of the much-awaited second single from Valimai was released earlier today.

Titled Mother Song, the single is sung by Sid Sriram with lyrics by Vignesh Shivan. Directed by H Vinoth, the film has music composed by Yuvan Shankar Raja.