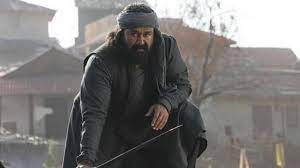 Priyadharshan and Mohanlal have come together many hits. But Maraikkayar Arabic Kadalin Singam is very special for it is a period film and speaks about a hero who fought Britishers, all in a grand manner.

Even before it saw it theatrical release, the movie won three National awards including one for best costume.

A team of big actors and established technicians come together to render a gripping fare on screen.

Produced by by Antony Perumbavoor and Santhosh T. Kuruvilla and presented by Kalaipuli S Thanu, it has cinematography by Thirunavukarasu, editing by M S Ayappan, music by Roni Nabel. RP Bala has written the dialogues for the  Tamil version of film. He has previously written dialogues for films like Pulimurugan and Lucifer.

The movie tells the story of Kunjali Marakkar, a renowned navy admiral in 16th century Kerala when conflicts between Portuguese army under the command of Vasco Da Gama and Samoothiri (Zamorin) were common. How he the lone warrior fighting foreign power and emotional drama woven around hom forms the crux.

Mohanlal is the flesh and blood of the movie giving his best. Pranav Mohanlal plays young Maraikayar. Many characters like Keerthy Suresh, Suhasini had potential but appears brief.
Movie has it moments but predictable at places. Technically rich, but lacks details. Cinematography adds to the impact.For all its flaws, the movie is an engaging watch.