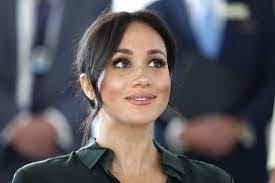 London: A British court has dismissed an appeal by a newspaper publisher seeking to overturn an earlier ruling that it breached the privacy of the Duchess of Sussex by publishing portions of a letter she wrote to her estranged father.

The Court of Appeal on Thursday upheld a High Court ruling in February that publication of the letter that the former Meghan Markle wrote to her father Thomas Markle after she married Prince Harry in 2018 was manifestly excessive and hence unlawful.

A High Court judge ruled in February that publication of the letter that the former Meghan Markle wrote to her father Thomas Markle after she married Prince Harry in 2018 was manifestly excessive and hence unlawful.

The publisher of the Mail on Sunday and the MailOnline website challenged that decision at the Court of Appeal in London, which held a hearing last month.

Associated Newspapers disputed Meghan’s claim that she didn’t intend the letter to be seen by anyone but her father. They said correspondence between Meghan and her then-communications secretary, Jason Knauf, showed the duchess suspected her father might leak the letter to journalists and wrote it with that in mind.

The publisher also argued that Meghan made private information public by cooperating with Omid Scobie and Carolyn Durand, authors of Finding Freedom, a sympathetic book about her and Harry.

The duchess’ lawyers had previously denied that she or Harry collaborated with the authors. But Knauf said in evidence to the court that he gave the writers information, and discussed it with Harry and Meghan.

Knauf’s evidence, which hadn’t previously been disclosed, was a dramatic twist in the long-running case.

In response, Meghan, 40, apologised for misleading the court about the extent of her cooperation with the book’s authors.

The duchess said she didn’t remember the discussions with Knauf when she gave evidence earlier in the case, and I apologise to the court for the fact that I had not remembered these exchanges at the time.

I had absolutely no wish or intention to mislead the defendant or the court, she said in a written statement.

Meghan, a former star of the American TV legal drama Suits, married Harry, a grandson of Queen Elizabeth II, at Windsor Castle in May 2018.

Meghan and Harry announced in early 2020 that they were quitting royal duties and moving to North America, citing what they said were the unbearable intrusions and racist attitudes of the British media.

They have settled in Santa Barbara, California, with their two young children.