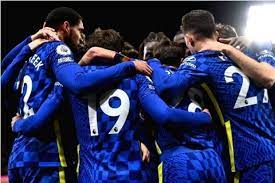 London: League leaders Chelsea have an injury crisis as they prepare to visit West Ham for what is traditionally one of the feistier London derbies of the season on Saturday.
Reece James, Ben Chilwell, Mateo Kovacic and N’Golo Kante are all in the treatment room for the trip across London, with the losses of wing-backs Chilwell and James important to the plans of coach Thomas Tuchel, who will at least be happy that Romelu Lukaku got 20 minutes under his belt in their scrappy midweek win over Watford.
That game saw Saul Niguez give another underwhelming display in midfield and Jorginho should be back against a rival who remain fourth but have taken just one point from their last three matches.
It promises to be a tough week for Watford, who, after entertaining Chelsea, now welcome Manchester City to Vicarage Road. City have injury problems with Kevin de Bruyne, John Stones, Kyle Walker and Ilkay Gundogan all doubtful, while Ferran Torres is out until the end of the year with a broken foot.
Nathan Ake will probably continue alongside Ruben Dias in the City defense after his impressive display away to Aston Villa in midweek, Xinhua reports. Liverpool travel to play Wolves after steam-rollering Everton in the Merseyside derby and will expect to beat a side that struggles to score goals despite their at times impressive football.
Key to Wolves’ football is winger Adama Traore, who needs to improve his product in the final third to get the best out of his undoubted talent. With Liverpool thought to be interested in the Spaniard, now would be a good time for Traore to deliver.
Saturday also sees a south-coast derby between Southampton and Brighton, who have gone nine games without a win due mainly to their problems in converting chances, while there is drama assured at St James’ Park.
Rock bottom Newcastle held on for a point with 10 men against second from bottom Norwich in midweek, as Ciaran Clark’s early red card scuppered Eddie Howe’s attacking ambitions, and the visit of third from bottom Burnley is a chance Newcastle can’t afford to miss as they seek their first win of the campaign.
Burnley are tough to beat, with a win and four draws in their last five games, and if the visitors can win in Newcastle, they would go six points clear of Saturday’s hosts.