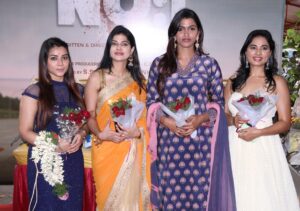 Sai Dhanshika, Srushti Dangae, Manisha and Chandralekha come together for an untitled thriller. It is being directed by Giridharan.SS Prabhu makes his debut as hero.
Speaking about the film, the director says, ‘I have directed films and telefilms in America. This is a thriller that happens in a city. What happens between the hero amd the four women characters in the film forms the crux’.
He adds, ‘Sarapatta fame John Vijay plays a different role in the movie. Music is by Kaethikraja and cinematography is by AR Ashok Kumar’.