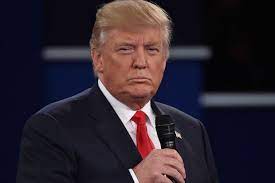 Washington: Regulators are asking questions about the deal to bring Donald Trump’s new social media company to the stock market, one that has attracted both legions of fans of the former president and people looking to make a quick profit.

The company partnering with Trump Media & Technology Group acknowledged the inquiries in a filing it made with regulators on Monday. It also gave some financial forecasts for the company, which is hoping to rival Twitter and other platforms that banned Trump, along with Netflix and other streaming video services.

Digital World Acquisition, which is often referred to by its trading symbol of “DWAC,” said it is cooperating with ”the preliminary, fact-finding inquiries” by the Financial Industry Regulation Authority and the Securities and Exchange Commission.

The Financial Industry Regulation Authority, or FINRA, asked in late October and early November for a review of trading in DWAC’s stock before the Oct. 20 merger deal was announced. That announcement sent the stock surging from USD 9.96 to USD 94.20 in just two days as Trump supporters and investors looking to make a fast buck piled in. The shares have since pulled back to roughly USD 43.

The Securities and Exchange Commission made a request in early November for documents related to meetings of DWAC’s board, trading policies and other things. According to DWAC, the SEC’s request said the commission’s “investigation does not mean that the SEC has concluded that anyone violated the law or that the SEC has a negative opinion of DWAC or any person, event, or security.” DWAC said over the weekend that it has lined up USD 1 billion in promised investments for the former president’s new venture from a group of unnamed institutional investors, and it filed a copy of the presentation used to pitch investors and analysts.

The presentation included forecasts that the company’s Truth Social service may have 81 million users by 2026, or nearly 7 million more people than voted for Trump in the last U.S. presidential election.

In five years, Trump Media is forecast to generate nearly USD 3.7 billion in revenue, according to the filing. That is more than the annual revenue of retailer Restoration Hardware, RV maker Winnebago Industries and entertainment giant iHeart Media, which owns more than 800 radio stations.

DWAC was shaky in Monday morning trading following the filing. It opened with a slight gain before falling to a 2.2 per cent loss.