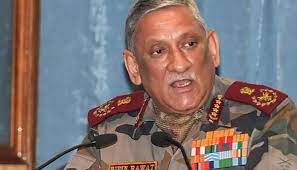 Coimbatore: An army helicopter crashed in Coonoor near Ooty today. According to reports, Chief of Defence Staff General Bipin Rawat was one of those on board.

The chopper caught fire and completely destroyed, sources said and added that rescue works were on in full swing.