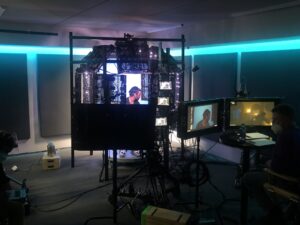 Actor Dhanush shared a picture from the sets of his upcoming Hollywood project The Gray Man. The actor shared the picture on social media and wrote, ‘A little more Gray Man…’

The Gray Man, directed by the Russo Brothers’ of Avengers: End Game fame, the film has Ryan Gosling and Chris Evans in the lead roles. Based on the book of the same name by Mark Greaney, the film will be released on Netflix.

The Gray Man is of a freelance assassin and former CIA operative. Details about Dhanush’s role in the film are yet to be disclosed.