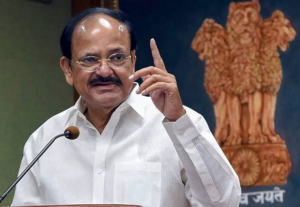 Following the announcement by Chief Minister MK Stalin in the Assembly on 26 April that the birth anniversary of Dravidian stalwart Karunanidhi will be celebrated on 3 June every year and his statue will be installed at the Omandurar Estate, work got underway to erect the statue.

Vice-President Naidu will unveil the statue in the presence of Stalin. Later, a function will be held at Kalaivanar Arangam hall.

On Friday, Stalin wrote an emotional letter to DMK party cadres on the unveiling of Karunanidhi’s statue by recalling the latter’s contributions to the state’s development.