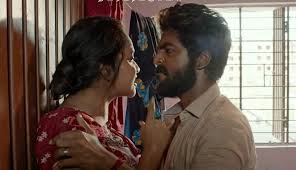 Director Vasantabalan better known for his films like Veyyil, and Angadi Theru, is out with Jail. Known to speak societal issues and explore human relationships in his films, Vasantabalan speaks about the problems of those living in Chennai slums face when they were compelled to go and settle in suburbs.
GV Prakash who scored music for Veyyil, is playing the lead besides composing tunes. Nandan Ram, son of music composer Sirpy, plays a key role in the movie. Abarnathy is the heroine. Ravi Maria is the antagonist.
Jail speaks about the lives of three youngsters — Karuna (GV Prakash), Rocky (Nandhan), and Kalai (Pasanga Pandi) who are born and brought up in a slum.
The movie touches up on friendship, revenge and corrupt system.
Three good friends live life on their own terms. When one is killed, it changes the lives of others. What happens then forms the crux.
GV Prakash and Abarnathy has done a good act. The former comes up with a spirited show, while the latter has a meaty role to play in the film, unlike contemporary heroines. GV Prakash is very convincing as small-time thief.
Ravi Mariya a corrupt playing spoilsport in the lives of the youngsters in the locality is adequate.There is Radhika Sarathkumar, who plays GV Prakash’s mother. Vasantabalan has tried to come ul with few scenes on mother- son sentiment too.
The movie begins with a purpose. But loses steam as it progresses and ends quite meekly. Well begun is half done.
Tags: