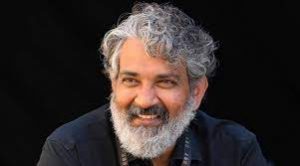 Baahubali director SS Rajamouli says that it is important to have a story that connects universally to be called a Pan Indian movie.

His mega directorial RRR will arrive in theatres on 7 January in different languages.

Speaking in Chennai as part of the promotions, Rajamouli says, ‘Even though the film is inspired by freedom fighters and the Independence struggle, it is not about patriotism but the friendship between these two heroes and how they inspire each other to grow. Because it is a fictional story, I did not go too much into the authenticity in terms of their clothes and the way they speak’.

‘I’m aware that people who have gone and watched ‘Baahubali’ would be expecting a similar thing with my next film, RRR in this instance. But I don’t get bogged down by that. When people say, ‘we need another Baahubali’ what they really mean is that they want a similar experience with what they had with Baahubali’.

For RRR, Rajamouli has once again collaborated with his father, writer K V Vijayendra Prasad. ‘He’s the best story writer I know. He wrote almost all of my films, except one or two. We understand each other well. We have our own share of arguments and quarrels.’

‘When we release the trailer of the film, there was so much of reaction. The media was asking the fans who was better among Jr NTR and Ram Charan. What was heartening was that Charan fans said that though NTR is good, but their hero is the best. Similarly, NTR fans said Charan was good but NTR acted the best. Such kind of camaraderie has gone to the fans because this is the camaraderie both these actors share,’ Rajamouli adds.

Rajamouli’s next is with Mahesh Babu. But for now, RRR is in my mind, he winds up saying.