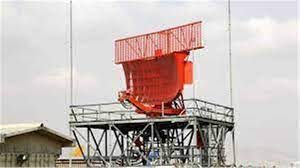 Kabul: The Taliban-led Afghan government has announced that three radar systems will be installed to controlling the airspace and for tracking civil and military planes, the media reported.

In a statement on Tuesday, Imamuddin Ahmadi, a spokesman of the Ministry of Transport and Civil Aviation, said that a total of 12 radar systems valued at 112 million euros were bought from France, of which three have been dispatched to Kabul and the remaining nine will arrive in the future, reports TOLO News.

Ahmadi added that the three radar systems will be installed in Kabul, Herat and Mazar-e-Sharif.  The installation is ongoing, and the systems, equipped with the latest modern technology, might start operating within one and a half months, TOLO News quoted the spokesman as saying.

Meanwhile, a number of economic analysts said the modern radar systems will increase the international airlines’ trust in Afghanistan which will result in an increase in air traffic and thus an spike in the country’s income.

This can lead to an increase in air traffic in Afghanistan’s airspace and it can become a good revenue source, Abdul Nasir Reshtia, an economic analyst, told TOLO News.