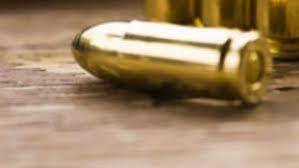 Chennai: A 11-year-old boy, who sustained severe injuries after a bullet was reportedly misfired from the CISF shooting range, died without responding to treatment on Monday.

K Pughazendi, who was having food at his grandparents’ house at Narthamalai on 30 December, was hit by a bullet fired from the facility where CISF and police personnel were practising.

Pughazendi was rushed to the Pudukkottai Medical College Hospital and later shifted to Thanjavur MCH. A team led by neurosurgeons performed a four-hour surgery and removed the bullet from his brain. But he died on Monday without responding to treatment.

Chief Minister MK Stalin said an investigation into the incident was underway. ‘Appropriate action will be taken against those found guilty,’ he said in a statement. Expressing grief, Stalin also ordered Rs 10 lakh solatium to the boy’s family from the CM Relief Fund.