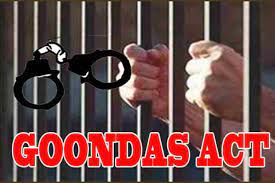 Coimbatore: The Coimbatore City Police have invoked provisions of the Goondas Act against the two Hindu Munnani workers who were arrested on charges of defacing a statue of DK founder ‘Periyar’ E V Ramasamy at Vellalore.

The two accused have been identified as V Arun Karthik and V Mohanraj, both residents of Vellalore in Coimbatore. The duo had allegedly smeared the face of the statue with saffron powder.

A statement issued by the Coimbatore police said the provisions of the Goondas Act were slapped on the duo as instructed by Coimbatore Police commissioner Pradeep Kumar and the two were lodged in Coimbatore Central Prison.

The statue in front of the Periyar study centre at Vellalore was found garlanded with a pair of slippers. It was also smeared with a saffron-coloured powder.