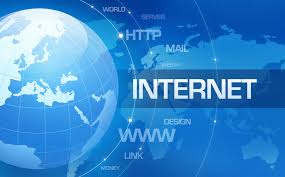 Chennai: At presently 80 crore Indians are using internet and in the next two years 1.2 billion Indians will be using it for various purposes from studies to work to entertainment.

In this aspect, cyber security plays a vital role and government of India has created many institutions to make the internet safe and secured, Union Minister of State for Electronics and Information Technology Rajeev Chandrasekhar told reporters here Friday.

Addressing the media on the Draft National Data Centre and Cloud Policy, he said apart from working with the private players, the Union government is also working with the State governments to make the cyber space safe as it is becoming inevitable for the day-to-day operations of the people.

Explaining the benefits of the Data Centre Policy, he said as the world is moving to the next generation (Cloud generation), this policy will give a wide opportunity to the start-ups.

To a question, he said India’s moment to lead the world data and cloud technology is here and the Union government is working to create an enabling environment to achieve this.

The size of the digital economy in India is estimated to grow exponentially from 200 billion dollars to an estimated one trillion dollar by 2025-26. ‘Once the policy is implemented, Government of India is expecting Rs three lakh crore investment’, he added.

A detailed discussion with the industrial players was held and their suggestions like cloud space security and the interface between the clouds were duly noted and they will be taken in the final policy, he added.

‘India has become a preeminent nation in using technology for governance and development,’ Rajeev said during the Industry Consultation on Draft National Data Centre & Cloud Policy.

The objective of the policy is to encourage the usage of indigenous platforms/solutions in the Data Centre and Cloud operations, said the Minister. He said the policy intends to facilitate setting up of energy efficient, sustainable and green data centres.

He said apart from the need of the National Data Centre, we need India centric cloud space. He said the government under the leadership of Prime Minister Narendra Modi is open for the ideas from the industries and ready to make changes for the development of the nation.