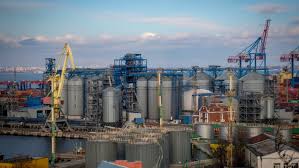 Washington: The White House unsuccessfully tried to arrange calls between President Biden and the de facto leaders of Saudi Arabia and the UAE as the US was working to build international support for Ukraine and contain a surge in oil prices, said Middle East and US officials, Wall Street Journal reported.

Saudi Crown Prince Mohammed bin Salman and the UAE’s Sheikh Mohammed bin Zayed al Nahyan both declined US requests to speak to Biden in the recent weeks, the officials said, as Saudi and Emirati officials have become more vocal in recent weeks in their criticism of the American policy in the Gulf, the report said.

There was some waiting for a phone call, but it didn’t happen. It was part of the opening of the tap, WSJ said, quoting the words of the interlocutor.

Washington plans to ask Riyadh to increase oil production, Axios reported earlier.  For this, US President Joe Biden may visit Saudi Arabia in the spring.

According to the publication, this trip will show the severity of the global energy crisis.  Earlier, US President Joe Biden ordered the release of 30 million barrels of oil from the strategic reserve.