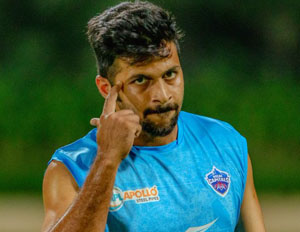 Mumbai : Both Gujarat and DC started their campaign in the 15th edition of the lucrative league with wins and they would look to continue in the same vein at the Maharashtra Cricket Association Stadium.

Injury-plagued DC will gain strength further in both bowling and batting, with the likely inclusion of Lungi Ngidi, Mustafizur Rahman and Sarfaraz Khan, who have completed their three-day quarantine.

The trio’s return will bolster the Delhi outfit against an opponent that gave enough indications of its ability to not just compete with the best but also pull off the result it desires. In their five-wicket defeat, K L Rahul’s Lucknow Super Giants came to know what the Titans are capable of.

So irrespective of the four-wicket victory over five-time champions Mumbai Indians in their tournament opener, DC know it too well that they just cannot afford to take the foot off the pedal.

The win against LSG first up is definitely a huge confidence booster, but in Delhi Capitals, Titans face a more seasoned opponents, who have established themselves as one of the top sides in recent years, with their swashbuckling batter-keeper Rishabh Pant as the leader on the field and Australian legend Ricky Ponting guiding them from behind the scene.

With a strong top-order batting, besides a well-balanced bowling unit, the Capitals have all the tools required to embark on a winning run early on in the competition, so they certainly start as favourites against Titans.

Besides, the fact that DC managed to overcome the Mumbai challenge without a few key players, including flamboyant Australian all-rounder David Warner and Mitchell Marsh and South African duo of Ngidi and Anrich Nortje, only adds to their confidence and makes the win more praiseworthy.

While DC are going to strengthen their playing XI by making useful additions, the Titans on the other hand may not like to tinker with the combination that gave them their maiden win in their very first appearance.

Australian recruit Matthew Wade, who was tasked with opening the batting alongside Shubman Gill, is eyeing a big one after failing to convert his 30 in the previous game into a more substantial contribution.

In the absence of their top pacers, Delhi’s bowling left a lot to be desired in the opener and it will look to do much better against Gujarat. Nortje hasn’t played a competitive game since last year’s T20 World Cup due to injury.

The premier fast bowler, who missed the entire international home summer for the Proteas, was cleared to join the Capitals’ setup for rehabilitation, but a timeline has not been set for his recovery and return.