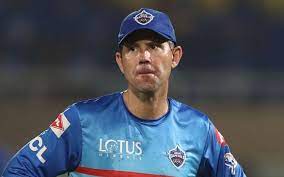 Mumbai : After a crushing defeat against Gujarat Titans on Saturday, Delhi Capitals head coach Ricky Ponting said that his side need to improve on their batting performance during the powerplay.

On this wicket, on this ground, we thought it was a very, very chaseable total. Unfortunately for us, for the second game in succession, we were behind the eight-ball early.

There were a few too many quite soft dismissals from our batsmen’, said Ponting in a post-match press conference. If you are losing three wickets in the powerplay, it’s really hard to win games from there.

We know that, the stats say that, they have said that right through the history of T20 cricket. That’s certainly one area that we got to get better at, getting through that powerplay. None or one down would be a nice start to a run chase, he added.

Regarding the availability of Anrich Nortje and David Warner, Ponting said that they might play in the next clash against Lucknow Super Giants on April 7. “Nortje bowled 100 per cent this morning in the warm-ups.

I think he has to get through another maybe four or five-over spell at 100 per cent capacity and then I think if he gets clearance from Cricket South Africa, he should be right to go. We have got a few more days before our next game (against Lucknow Super Giants on April 7), so hopefully, he is available for selection for that one, said Ponting.