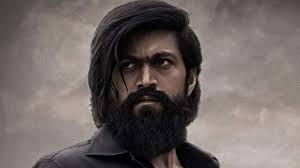 Actor  Rajinikanth’s watched Yash starrer KGF Chapter 2 in a special screening in Chennai. He was all praise for the movie.

Directed by Prashant Neil, the movie features Yash and Srinidhi Shetty in lead roles. Sanjay Dutt and Raveena Tandon are also in the cast. Remember it got released in theatres on 14 April.

A few days ago, Rajinikanth watched Vikram Prabhu’s Taanakkaran and praised the film. Taanakkaran got released in OTT. The film directed by Tamizh speaks of the inhuman practices recruits undergo during police training.

The film is a much-needed comeback for Vikram Prabhu, who has been going through a lean patch of late.

Rajinikanth has praised the young actor for his performance in the film. An excited Vikram Prabhu took to his Twitter handle to share the same.