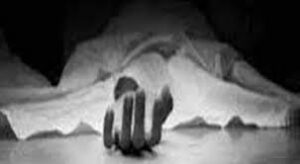 Chennai: In a tragic incident, three people died of asphyxiation, while one person was admitted to hospital in a critical condition at suburban Annanur near Thirumullaivoyal coming under Avadi Corporation limits.

Police sources said the incident occurred when the conservancy workers entered into a sump to check the cleaning works carried out Thursday.

Prem Kumar (50), who had cleaned the sump at his house with the help of a few conservancy workers, entered the sump to check it.

However, he suddenly collapsed inside the sump and his son Pradeep Kumar (18), who jumped into the sump to rescue his father, also collapsed.

As there was no response from them, two of their neighbours–Pramodh (40) and Saranathan (50) also entered into the sump and fainted.

Locals retrieved them from the sump in an unconscious condition and rushed them to Government Kilpauk Medical College hospital where three of them were declared brought dead. The condition of the fourth person was said to be critical.
Police suspect that the victims might have inhaled some poisonous gas, though the cause of their deaths was being probed.

Tags:In a tragic incidentthree people died of asphyxiationwhile one person was admitted to hospital in a critical condition at suburban Annanur near Thirumullaivoyal coming under Avadi Corporation limits.