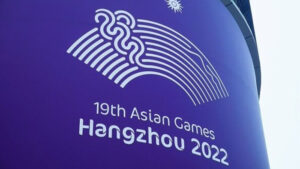 New Delhi : From disappointment to relief, Indian athletes showed a range of emotions after finding about the indefinite postponement of the 2022 Asian Games owing to a spike in COVID-19 cases in China.

In a year of Commonwealth Games and Asian Games, the athletes need to be more meticulous with their planning as they look to peak at the right time. For some, the delayed Asian Games means more time to rest and prepare, for others the postponement has “messed up” their planning.

I feel I was reaching the peak in my career again after the disappointment of the Olympics last year. I recently won the World Cup mixed gold for the first time (with Ridhi Phor) at Antalya. Everything was planned and on track for me and now I’ve to take a fresh call. While the postponements comes as a shock for Tarundeep, it has also given hope to star women archer Deepaka Kumari who had failed to make the Asian Games squad.

Top paddler G Sathiyan had it all figured out for the two multi-sporting events but now needs to sit down with his coaches and rejig his plans.