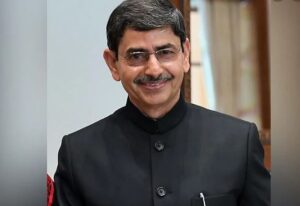 Chennai : In a shocking charge, Tamil nadu Governor RN Ravi called the Popular Front of India ‘a very dangerous organization’ that is trying to ‘destabilise the country’. Speaking at the launch of the book, The Lurking Hydra: South Asia’s Terror Travail, authored by late Lt Gen Subroto Mitra, at MOP Vaishnav College for Women, he said, ‘The Popular Front of India is a very dangerous organization. It has more than 16 fronts, masks — mask of human rights, mask of rehabilitation, mask of being a student organization, it takes the form of a political party. But its whole aim is to destabilise this country.’
They are the ones who have been sending their fighters to Afghanistan, Iraq and Syria, the Governor said.

Ravi also said unfortunately, there are some political parties supporting them for their own political vested interests. This is a threat that we need to be very very careful about it. The country is capable of dealing with them.  If they try to distract the attention of the government from the objectives, they are mistaken and will be disappointed.  They will be dealt with. The Indian Army and security forces are capable of that,’ he added. He said unlike in the past, terrorism was no longer a low-cost option for India’s adversaries. India would exact a high price from the perpetrators of terror and the Modi government’s resolute policy of zero tolerance towards violence as a political resource and making terrorism no longer such a low-cost enterprise had made the country much safer than before.

The Kashmir or in the northeast, any entity in this country uses violence as a political resource, it is an act of terrorism,’ the Governor said and added that after 2014, certain basic decisions were taken – zero tolerance for the use of violence as a political resource; no political negotiation with anyone who uses violence as an instrument of politics. Meanwhile, the Tamilnadu unit of the Popular Front of India strongly condemned the Governor for describing their organization as a dangerous outfit, functioning with the goal of destablishing the country. M Mohammed Sheik Ansari, State president, PFI condemned the Governor.  Governor has echoed the voice of the RSS. Also, he has made this charge against the PFI just to divert the attention of the people about the controversy over his activities after he assumed the office. The Governor should withdraw his remarks on the PFI,’ he added.