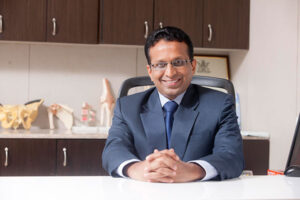 According to a press note, a gold medalist in orthopaedic surgery, he practiced for 15 years in the world’s best hospitals in Ireland and UK since 1995. He returned to India in 2010 with a vision of setting up a world-class hospital in Chennai and thus the Kauvery Hospital at Alwarpet, Chennai was born.

‘He has been awarded ‘Best Doctor’ by Tamilnadu Dr MGR Medical University and ‘Pride of Tamilnadu’ for his achievements in the healthcare industry. In 2022, he was awarded Sir M Visvesvaraya award for ‘Excellence in Healthcare’ instituted by AIMO from the Chief Minister of Tamilnadu,’ it added.