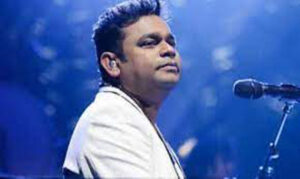 The 36-minute film is billed as a cinematic sensory experience incorporating virtual reality, with motion, music, and scent integrated into the narrative. It follows heiress and musician Juliet Merdinian, who, 20 years since she was orphaned, seeks out the men who changed her destiny with one powerful memory — that of their scent.

Rahman developed the story from an original idea by his wife Saira.

They share a love for perfume and wished to employ scent as a narrative device in immersive cinema.

Rahman directed from a screenplay by Gurachi Phoenix, besides composing the score.

Tags:Rahman's Le Musk to have premiere in Cannes