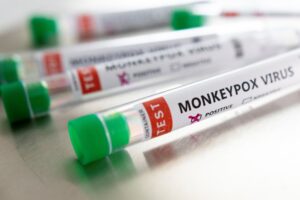 With several countries reporting monkeypox cases, the Union Health Ministry has advised all states to direct hospitals to watch out for symptomatic patients who have travelled to these countries recently and isolate them at designated healthcare facilities.

According to sources, so far only one traveller from Canada having symptoms of monkeypox infection had been isolated. However, samples collected from the passenger turned out negative for the infection following test conducted at the National Institute of Virology (NIV) in Pune.

They refrained from divulging the name of the airport where the passenger had landed.

The ministry recently had asked health officials at airports and ports to step up surveillance and isolate symptomatic travellers from monkeypox-affected countries and send their samples to the NIV for investigation.